All that wittering on about identifying what’s mine painting wise, and the next thing to appear is a face! WHAT?! No! Do not confuse me with this tangent! 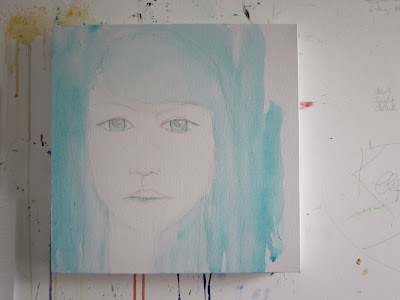 Those circles are the result of dripping isopropyl alcohol/rubbing alchohol onto the wet paint with a dripper, a little technique I learned from Wyanne. 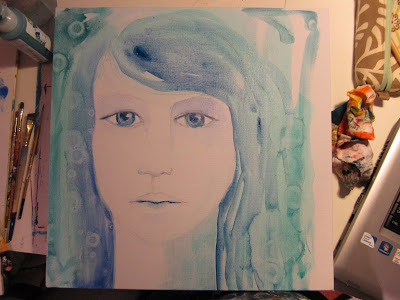 She does look rather serious. Also her eyes are bit close together for my liking, but once I’d realised this it was too late to change them without making a big old mess. Never mind, nobody’s perfect. (Or everybody is, depending on how you look at it!) 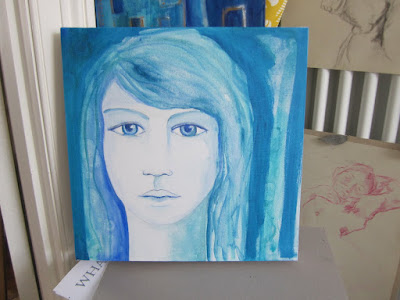 I think it’s safe to say I’ve no idea what I’m doing at this stage, but I’m letting that be ok. 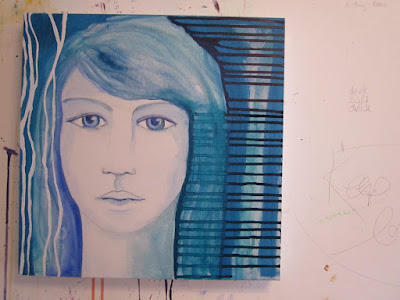 There are the circles. No words this time. Apparently I had nothing to say! Most unusual. I still want to put some in there, but not until they are ready, otherwise it sounds too forced and trite. We’re all about the meaning round here now. 😉 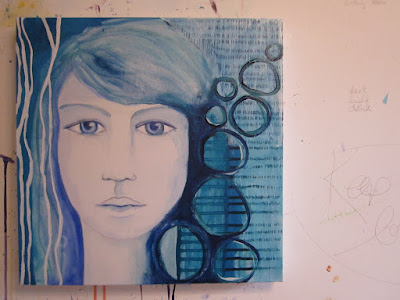 I did some of this while on the phone, which proved a most excellent tool for distracting me from thinking about what I was doing. 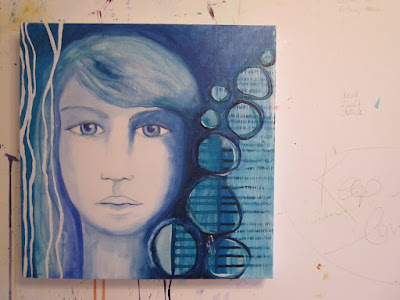 Unusually for me I don’t have a name for this painting; normally it’s swirling around in my head from fairly early on. It’ll come in it’s own good time I imagine. Oooh perhaps I’ll give HER a name! (ach, stream of consciousness typing, sorry) 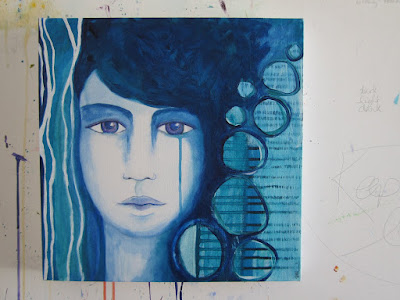 I’m actually pretty happy with her now. I think more could be added but naturally I am afraid to ruin it or run into overkill. So she stays like this for now and it’s all good. 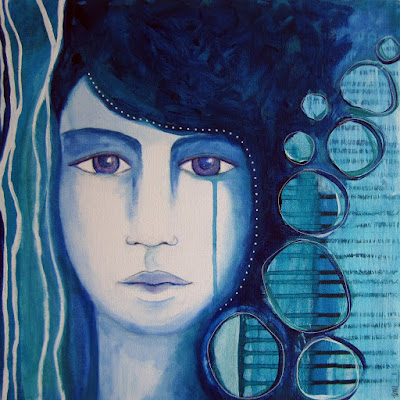 I tell you what though, I really would like to be better at the shading on faces. Quite a considerably large amount better. I understand about the whole ‘where is the light coming from’ concept, and have watched quite a few process videos on YouTube (they make it look so easy!), but somehow they are still coming out flat and stylised for me.

Also I want to write a poem on all those lines!