If you happened to be passing by my studio yesterday afternoon you might have heard some huffing and puffing, the furious sound of a rubber on paper and the brushing away of rubbings, and definitely a bit of swearing. 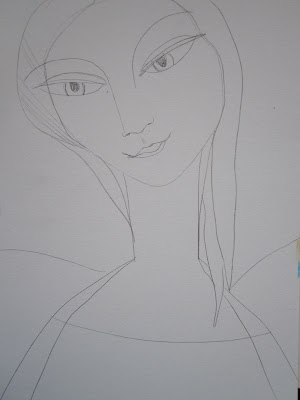 The aliens, sorry ANGELS, want to come out! They do! They are just having an identity crisis. 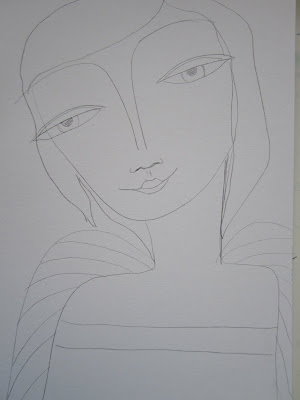 (Happens to the best of us.) 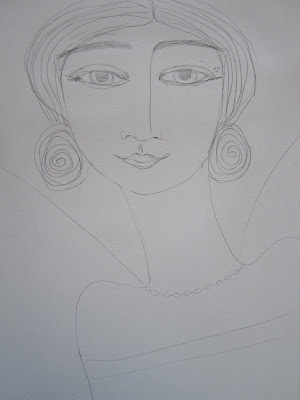 And they don’t want to look like anyone else’s angels (or aliens for that matter), but sometimes you need a springboard in the form of Other People’s Ways Of Doing Things. 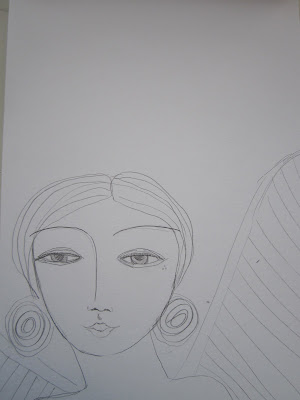 There are some features I know are ‘me’. They come up a lot, like the eyebrow that turns into the side of the nose in a big arching sweep, and the eyebrow that also comes off the edge of the face. The nose is also quite simple. The mouth always wants to be smiling, but serenely, not like a prissy little pursed up mouth. And the eyes….the eyes are my nemesis right now! 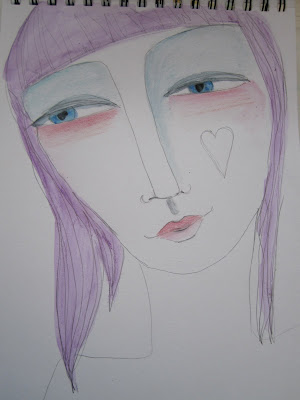 Too round, too slitty, too close together, too far apart, too drugged looking, too whatever. Probably because they are where the expression lies. Even when I think carefully about every line I make they still aren’t right.

I will not be beaten by aliens.