before and after: the pine dresser

I am INSANELY and really quite ridiculously excited about this. Years ago I bought a dresser off Ebay. It was a bit of a grim piney sort of thing, but I never did anything about it. 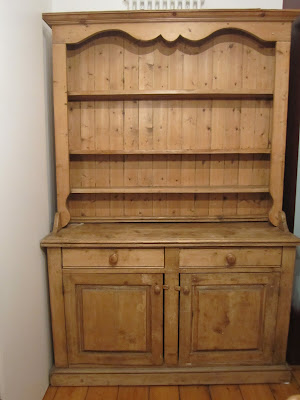 Then from watching Kirstie’s Homemade Home before Christmas I discovered Annie Sloan paints, found my nearest stockist and went and got some advice.

The project required two layers of paint, a layer of light wax, a layer of dark wax and a cloth. In the initial flush of excitement I took the knobs off and got stuck in. The first layer looked like this: 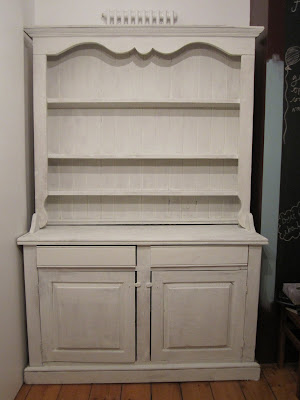 I didn’t take a photo of the second layer because it was rather similar to the first! Then the dresser sat around in two halves for a week or so as I’d used up all my excitement on the painting. Once I got sick of seeing it unfinished I started on the wax. Here is the bottom half of the dresser with the left hand side aged with wax; you can just see it gives a nice warm ‘old’ look. 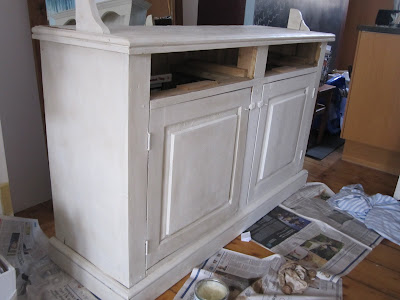 I painted the inside of the drawers and cupboards in a light blue using a tester pot from Farrow and Ball that was lying around. 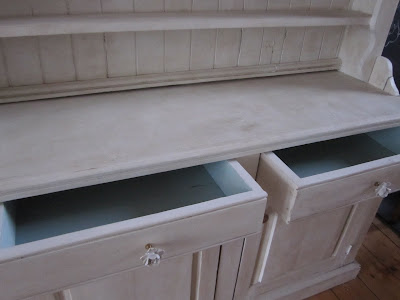 I also replaced the knobs with these pretty ceramic flowers that J the-ex-who-is-still-around gave me from his days working in Pakistan for an antique dealer. There were only three so the cupboard doors may have to have different knobs. 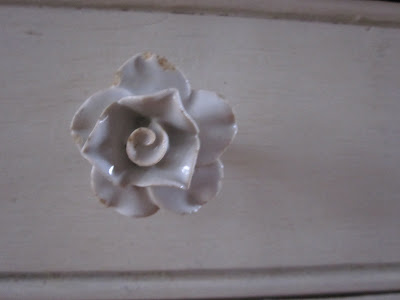 I have spent most of this morning doing the wax – you have to work fast because it dries very quickly and the dark wax must be rubbed off the light wax as soon as you brush it on. There are a few patchy areas but I’m really happy with the result. 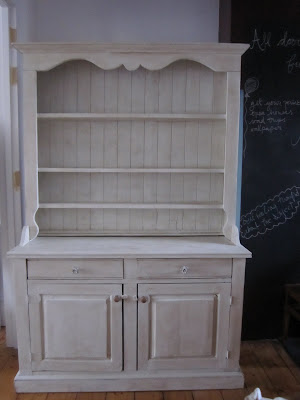 It’ll look even better once the kitchen’s been painted and everything’s back where it should be. For the time being though I’m loving how groovy it looks next to my blackboard wall.