The Isles of Scilly

Hi all! I’m back! Try to contain your excitement.

So I spent last week in the Scilly Isles, although apparently you’re supposed to call them the Isles of Scilly. Either way the ‘c’ isn’t pronounced so there’s no escaping giving the impression that you’re going to some islands that are just that little bit not sensible. Also I’m not convinced that everyone wants to see reams of photos from my holiday, so I’m just posting a few. After that normal service will be resumed. 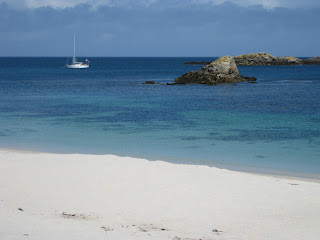 In case you’re not sure and are too embarrassed to ask, they are 28 miles off the coast of Cornwall in the UK. They sit in the Gulf Stream which explains the sub tropical plant life that thrives there and photos like the one above. (Don’t be fooled though, that sea is NOT warm.) 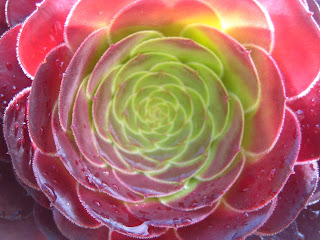 There are five inhabited islands and many many uninhabited ones. You can take boats between them which are the equivalent of a bus, and every island has its own distinct feel. My faves were St Martins (a favourite of Jude Law apparently) and St Mary’s, the main one, where we stayed. You can also take boat trips to see the wildlife on and around the uninhabited islands – I’m no ornithologist but I did love the puffins! And the seals. (No photos because that day it rained non stop the entire day and that was the point at which my camera gave up the ghost. Not cool.) 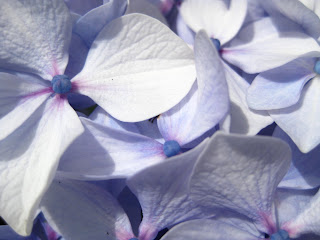 There is an abundance of art and craft to see there, probably because of the light and the incredible views. More on that another time. (I am writing this between answering a bajillion emails and wading through bills and voicemails.)

I couldn’t resist adding this one; never seen such tame sparrows. 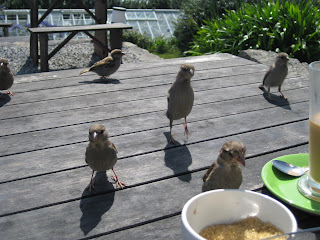 Below is a little summer house completely decorated with shells on Tresco in the Abbey Gardens. Many of the beaches are fantastic for shell seekers like me – I’m quite surprised my suitcase wasn’t horribly overweight on the flight home – watch this space for some shell art! 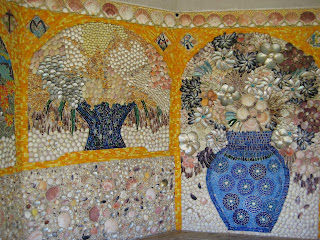 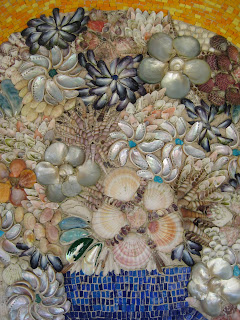 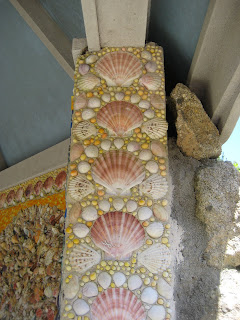 If you’re considering visiting the islands yourself (yes! yes!), I recommend this site: http://www.simplyscilly.co.uk/.