the many layers that sometimes make up a painting

Remember this bad boy? It was my first half hour painting from Wyanne’s Paint Free Class. 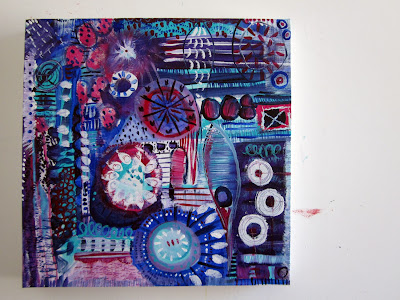 It seemed to have potential, and this stage got some good feedback even though for me it was far from finished: 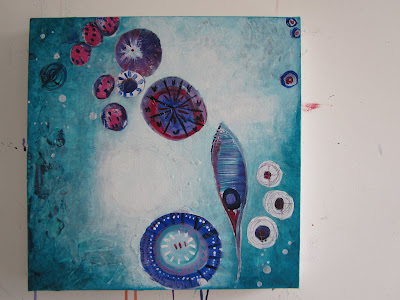 The primordial soup stage {isn’t that a great expression?}: at this point I was contemplating the meaning of life, and energy, and connection, and other such Important Matters. I was also playing a lot with orange. 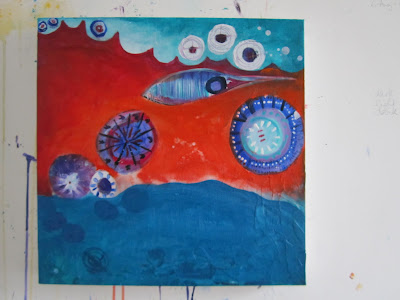 There was some dripping. Of course. 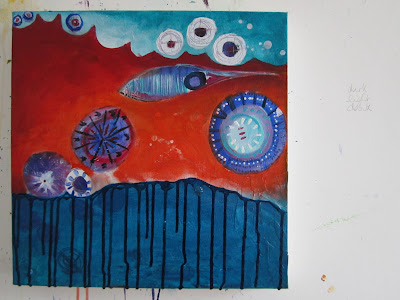 Then after an extremely frustrating conversation with someone I’m very fond of but who is not renowned for open mindedness, I painted out some things I would have liked to have said to them. 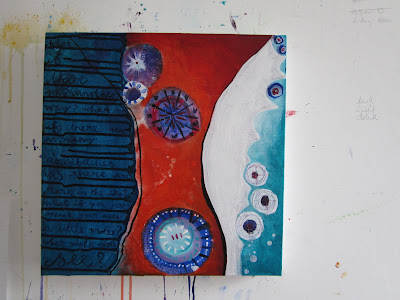 Meanwhile, the whole ‘three sections’ thing really wasn’t working for me, even though I was seeing chakras and a figure and stuff like that. 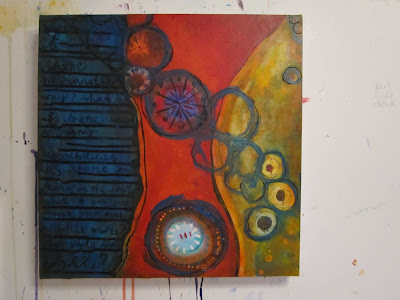 It was quite cool that that white circle really glowed against the rest of the painting, but it was altogether too dark for me. So I did this:

{the sigh of relief layer} 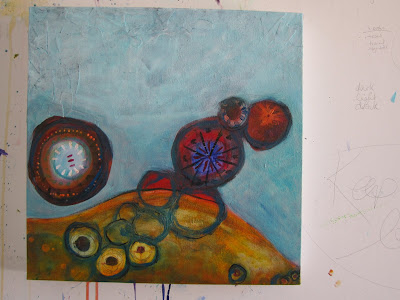 And there it sits, temporarily stalled again, until my creative spirit decides to let me know what it needs next. I’m in no hurry; it’s not like I don’t have a bajillion other half finished canvases to work on. 🙂

And also, there is a definite feel of ‘story-ness’ to this painting; each layer is about something different, some different developmental phase, seemingly unconnected to the one before but as a whole they will come together and be the final painting. I really love that. It’s kind of like life, if you want to get all deep about it. 😉