I had this idea noodling around in my head lately about doing some paintings with the subject half on and half off the canvas. Then Amy from the Wading In class published this photo and I took it as a sign.

Thank you Amy for letting me use your photo. 🙂 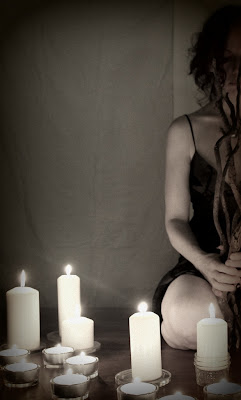 This is where we’re at so far. I put it in as my Week 4 contribution in Get Your Paint On, partly because for me it’s about the composition and that’s week 4’s class topic, and also because I am SO STUCK! 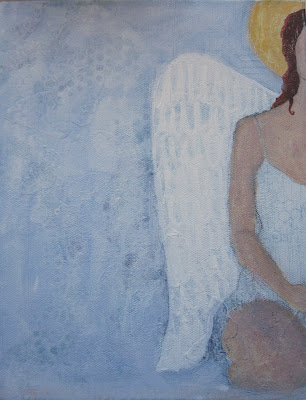 This is what I know: I want it to be loose, relaxed, soft and textured.

This is what I don’t know: what to do with it now.

It doesn’t feel finished but I’m buggered if I know what’s next, and have got The Major Fear because I kind of like it as it is and don’t want to ruin it.

I have asked for advice and ‘pushing feedback’ in the Flickr group, and there have already been some kind words AND constructive suggestions. One of which is to extend the wing outwards across the canvas, which is an idea I’m going to play with. And also using text; I could definitely find something suitable to go in that space on the left, maybe in a pale colour so it’s not too intrusive.