EEPERS. Louise, who owns the two shops I’m showing work in at the moment (have I not mentioned that? It’s only been the most exciting news in the last two weeks!), has negotiated a deal with Pizza Express in Hove which means there is now a wall in there which I can also use! 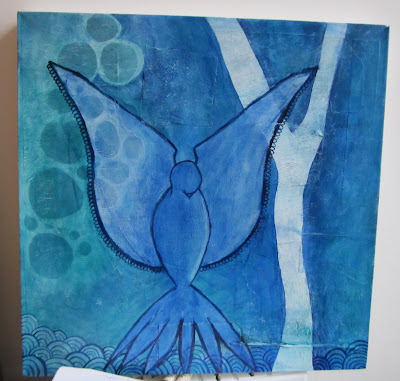 She has started an ‘Artist of the Month’ initiative, but I get a month and a half as I was late to the party and she doesn’t have anyone lined up for March. So I’m painting like a mad thing to have enough work for a twelve foot long wall by the end of next week. (I gave her most of my work for the shops.)

Thankfully I have quite a lot of half finished canvases about the place, and now is clearly the perfect opportunity to finish them! 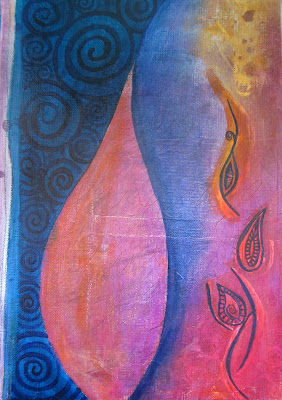 These photos are pretty crap, but these are some of the pieces I’m working on. It’s fantastic to have a tangible reason to get in the studio; I can excel in procrastination if I’m just painting for my own enjoyment, but man, I’m coming up against every block an artist can have it seems! 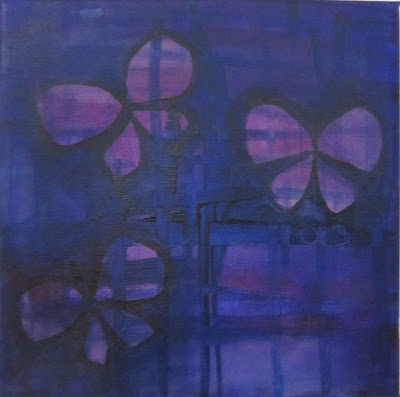 Mostly it’s The Fear, followed closely The Ugly Phase, and then What The F**K Do I Do Now? That’s the worst; I like it, but it most definitely is not finished, but I don’t know what to do to finish it, and anyway, what the hell am I trying to say here? That kind of thing. I think the beach huts one is finished though. Just in time to miss Valentine’s Day. Ah well. People can love each other at other times of the year I believe.