I love cupcakes, owls and matryoshkas as much as the next person, but there’s an awful lot of it about lately. So I started thinking, what do I ALSO love but just don’t see so often? 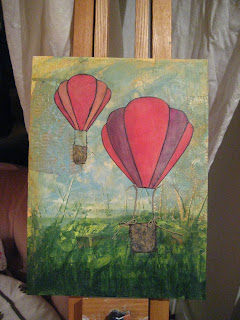 The baskets are doing my head in and I simply don’t know how else to portray them. I think maybe they’re too big. 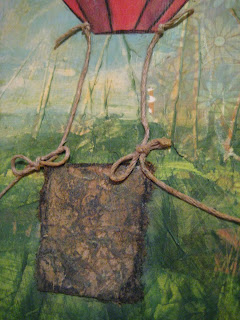 I feel I may have overstepped the line between mixed media and A Bit Twee with the ‘real string’ ropes also. 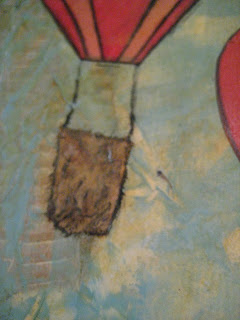 (They may have to go – thoughts?) But it’s definitely CONNECTED to the image in my head, which is more than can be said for a lot of other things I produce.

I hope when this painting inspires a new trend in motifery that people will call them thermal airships.

Thanks for the chat guys, I think I know what’s wrong with the baskets now.