The wheel and I were not in the least bit in sync yesterday. Roberto very kindly helped me make a bowl (bit of Ghost moment!), so at least I have produced something off that damn thing. Here’s me on the wheel, looking a lot more proficient than I actually am: 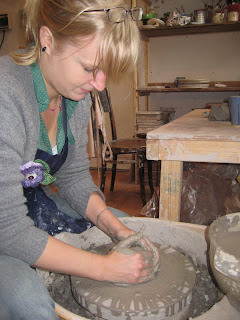 And here’s what we produced. 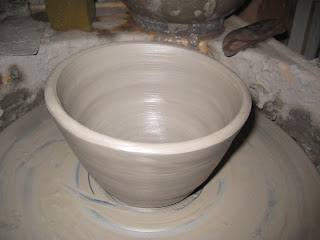 Yes, it’s a bit off centre, but at least that proves he didn’t do the whole thing for me!

And here’s one of the two bowls I made today using a mould, and then covered with slip (very runny clay for those of you who are unfamiliar with these high tech pottery terms). This means that next time we can have a go at sgraffito, which means scratching into the slip (or ‘zlip’, as Roberto rather endearingly calls it) to reveal the red clay beneath. 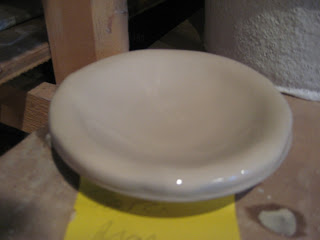 And here’s the glaze I dipped my seahorse dish into. Once again I appear to have failed to take a picture of it, but Karen I know you will appreciate the lovely aqua colour I used. 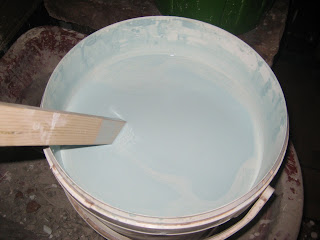